Water elemental is the support unit of the Elementals. It can be combined with any of the other Elementals to form a new unit.

The Water Elemental has an appearance of - like the other base Elementals - a simple black stick figure, with its element (water in this case) within a sphere for its head.

Numerical data does not exist for the Elementals yet.

For no cost, the Water Elemental will suicide to heal all nearby friendly units, as well as curing them all of poison and burn effects. This also occurs when the Water Elemental is killed, regardless of whether it is freezing or not. The amount of health healed will increase if you upgrade the ability to Advanced Healing.

The Water Elemental is a very strange unit. The mass heal can give an advantage in the middle of the battle and disabling an enemy unit (for as long as one wishes) is a very valuable tool. Water elementals are not so useful heal suiciding when the opponent can continue reapplying poison damage (such as against deads) though in this case water elementals are cheaper than deads (350 - 300|100) so can often outnumber them and just freeze them instead.

The Water Elemental is also able to combine with other Elementals to form a new unit.

Water freeze is a good way to stop spellcasters from casting dangerous spells - freeze the unit and then ,while it is casting a spell, release it so the spell is wasted and the cooldown has been reset, making the unit easier to kill.

This trick can't be used against fast spellcasting units like Medusa. Also, a player can activate shinobi to get a Shadowrath out of the frozen state.

All water combinations are support units. 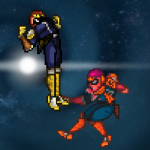 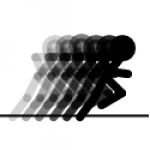