Miner Wall is an ability of Miners which is researched from the Order Bank.

Order Miners can build an unarmoured wall that enemies (including flying units) cannot move past. However, Spells and Fire Arrows can be cast or shot over the wall. The wall can be destroyed by both enemy attacks and by clicking on the wall and selecting the "destroy" option.

By placing a spearton (or any unit with enough health) infront of the Miner Wall, you stop any enemy units from being able to attack the wall. This means that a spearton in Shield Wall, with some Merics and a Magikill is a very potent combination, as you can see in the picture above.

When your opponent builds many Speartons, this strategy is very powerful, as when they attempt to attack, they are forced to attack your own spear, which while in Shield Wall, will only take 50% of the damage given, meaning it will take a considerable amount of time to kill him. During this time, the Speartons are all lined up, so you can use a Magikill to cast spells such as Electric Wall and Blast to take advantage of the clustered units.

You can also build a forward Miner Wall, as close to the centre pole as possible (roughly halfway between your castle and the pole). This is useful for when you have control of the pole, as it gives you time to retreat safely if you are suddenly attacked from an overpowering army.

Strangely since the Miner Wall is treated as a unit by the game's code, when the Miner Wall gets destroyed it releases the death sound that units make when they die. 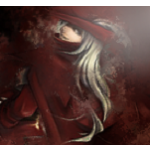